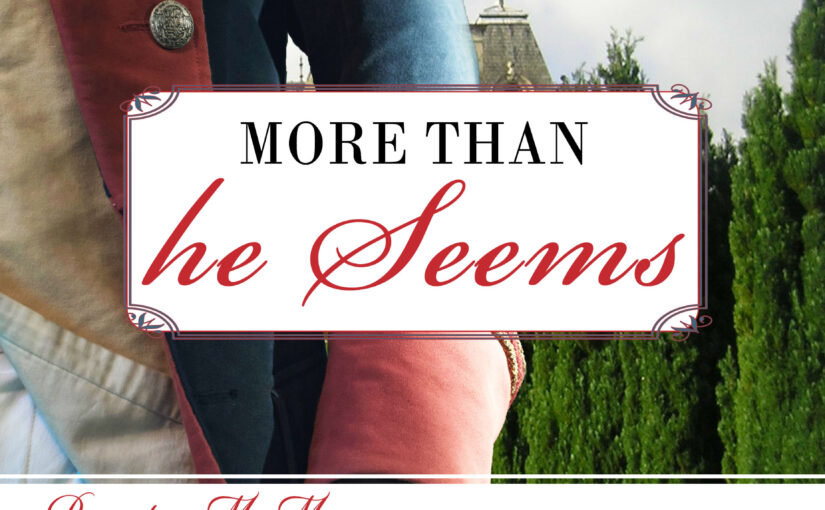 We will soon be publishing More Than He Seems. It is a novel that does not change the essential plot of Pride and Prejudice but makes Mr. Wickham a hero. It wasn’t easy. One of the hardest things to do was to explain Georgiana’s near elopement with Mr. Wickham. The answer was surprisingly simple. Georgiana lied and Mrs. Younge supported her lie. The difficulty was to find a justification both for the lie and for Mrs. Younge’s support. We gave one reason for Georgiana to lie and a different reason for Mrs. Younge to support the lie. The real question is, what were those reasons and why didn’t Wickham explain everything to Darcy?

This part of More Than He Seems has a difference from Pride and Prejudice that probably could be eliminated, but we went for drama over adherence to the source. Darcy mentions in his letter to Elizabeth that the elopement was planned to take place within a day or two. We changed it to be within minutes. Also, Darcy said he wrote to Wickham after he found out about the planned elopement. We had Darcy confront Wickham. Again, Wickham receiving a letter isn’t as dramatic as having the two men face each other.

I must admit that I would very much like to see what Darcy wrote to Wickham. Did he simply tell Wickham to go away? Did he offer money for Wickham’s silence on the projected elopement? There is no mention of Wickham replying to Darcy’s letter, which makes an offer of money less likely. If I were Darcy, and I wanted Wickham’s absence, I wouldn’t have written a letter. I would have packed up everyone and left. Let Wickham come to a vacant house and wonder what happened. But that’s not the story we wrote.