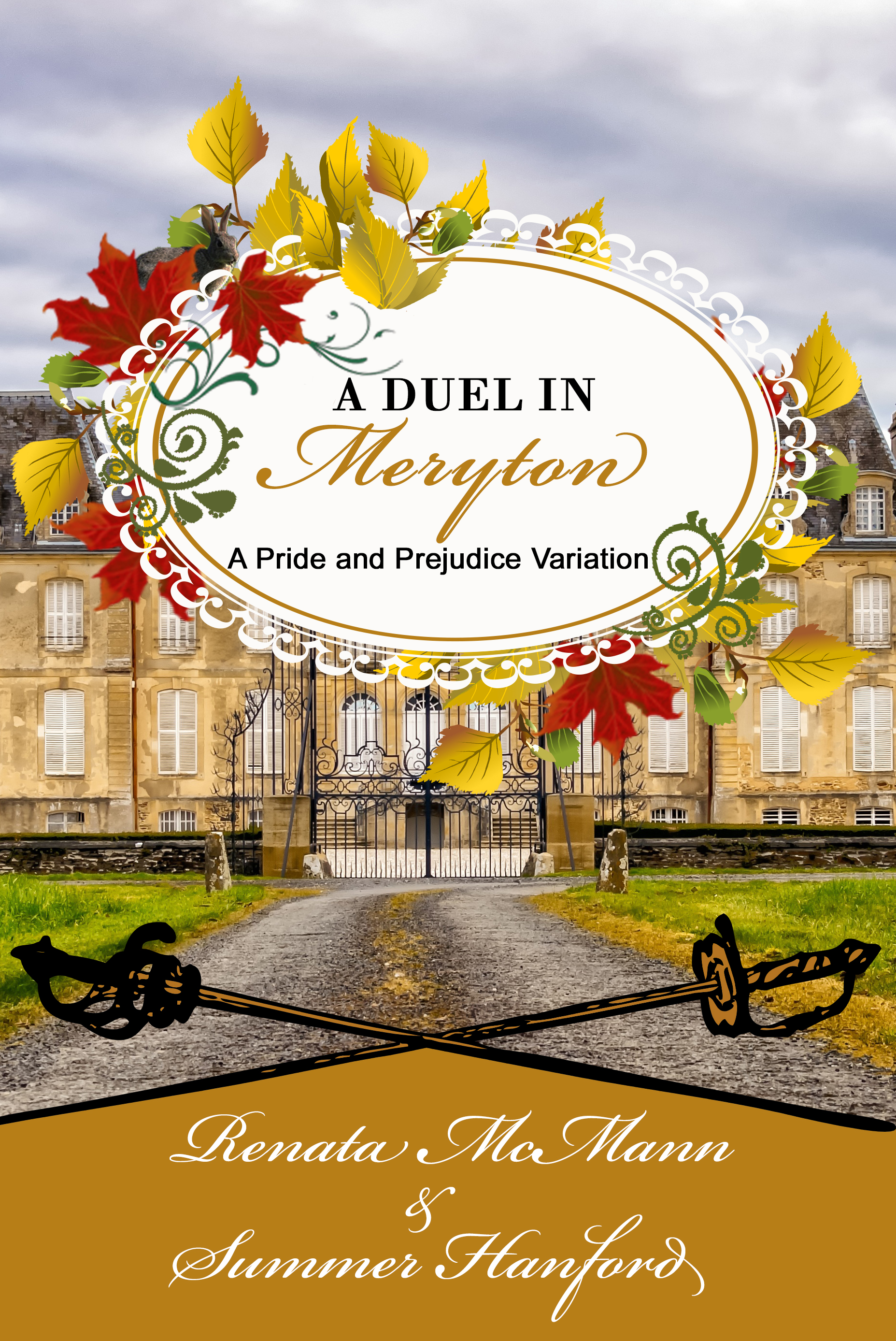 With his young sister Georgiana’s reticence a constant reminder that his onetime friend, George Wickham, should not be trusted, Darcy decides a trip to rural Hertfordshire is in order, for both him and Georgiana. Darcy believes the people there are of so little consequence, Georgiana will know no fear in interacting with them. He soon learns he’s wrong about both his sister and Hertfordshire, but not about Wickham.

Even bearing the brunt of Mr. Darcy’s insult doesn’t soften Elizabeth to her wife-hunting cousin, Mr. Collins, and her first reaction is to disdain both men. As the two join forces against Meryton’s newest militia member, the charming Mr. Wickham, Elizabeth comes to see a different side of both Mr. Darcy and Mr. Collins. Their presence in Hertfordshire, along with that of Mr. Darcy’s other companions, will forever alter the lives of Elizabeth and those she cares for most.

This is a Pride and Prejudice variation novel of approximately 73,000 words.

Buy A Duel in Meryton on Amazon Kindle! Click HERE!