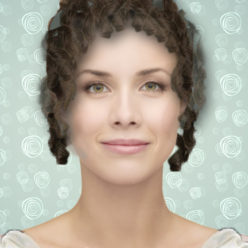 It is a truth universally acknowledged, that a single man in possession of a good fortune, must be in want of a wife. Pride and Prejudice’s famous opening sentence sets the tone. Jane Austen contradicts the opening sentence in the first chapter by having Mr. Bennet question it. It is certainly not a “truth universally acknowledged.” It isn’t even a truth, much less accepted.

Jane Austen’s cynical tone is shown by many of her characters. Mr. Bennet utters what might have been her motto: “For what do we live, but to make sport for our neighbors, and laugh at them in our turn?”

Later, Elizabeth wonders how much money it took to persuade Wickham to marry Lydia. Mr. Bennet says, “Wickham’s a fool if he takes her with a farthing less than ten thousand pounds. I should be sorry to think so ill of him, in the very beginning of our relationship.” He would be sorry to have his son-in-law be a fool. That is reasonable. What is not reasonable is that to show he isn’t foolish, his son-in-law must squeeze the maximum amount of money out of his bride’s relatives. Surely, Mr. Bennet isn’t sorry about that.

Mr. Darcy isn’t above a certain cynicism: “What a charming amusement for young people this is, Mr. Darcy! There is nothing like dancing after all. I consider it as one of the first refinements of polished society.” “Certainly, sir; and it has the advantage also of being in vogue amongst the less polished societies of the world. Every savage can dance.” True, but even though Jane Austen wrote it over two hundred years ago, many still think dancing is refined.

But Jane Austen certainly was cynical when she described people’s actions. Miss Bingley isn’t as comical as some of the other characters, but she certainly had her moments. “I declare after all there is no enjoyment like reading! How much sooner one tires of anything than of a book! …” No one made any reply. She then yawned again, threw aside her book, and cast her eyes round the room in quest for some amusement.

Mrs. Bennet contradicts herself so often that one wonders if she had any idea of consistency. Consider part of her speech to Elizabeth when she refused Mr. Collins’ offer of marriage: “…I have done with you from this very day. I told you in the library, you know, that I should never speak to you again, and you will find me as good as my word. … Nobody can tell what I suffer! But it is always so. Those who do not complain are never pitied.”

Another instance of Mrs. Bennet’s lack of logic about how she cares for her eldest daughter is shown here: “Well, my comfort is, I am sure Jane will die of a broken heart; and then he will be sorry for what he has done.” But as Elizabeth could not receive comfort from any such expectation, she made no answer.

Lady Catherine is not as stupid as some of the characters in Pride and Prejudice, but Jane Austen does have such gems as this: The party then gathered round the fire to hear Lady Catherine determine what weather they were to have on the morrow.

Mr. Collins has many funny moments, but one that stands out is this: “You ought certainly to forgive them, as a Christian, but never to admit them in your sight, or allow their names to be mentioned in your hearing.”

If anyone does not think Jane Austen was a great comedic writer, one approach is to use the same approach Elinor used in Sense and Sensibility: Elinor agreed to it all, for she did not think he deserved the compliment of rational opposition.