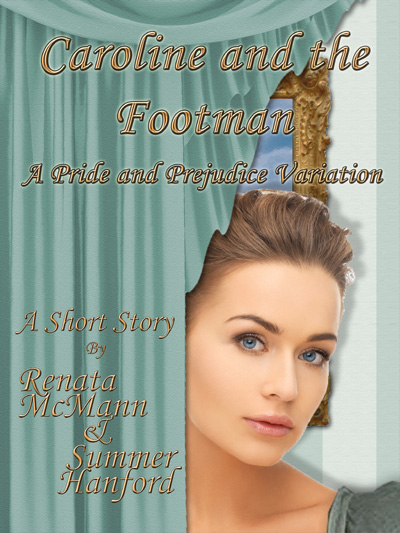 Caroline Bingley is a character people love to hate. She’s often portrayed as a villain in Pride and Prejudice variations, but Jane Austen cleverly makes her only a mild villain. She lied to Jane Bennet, but most of her lies are difficult to pin down. She talked about people’s feelings, but she could be mistaken in those. Her claim that Mr. Bingley and Georgiana Darcy might marry is not entirely without foundation, since it is implied that Mr. Darcy considered that as a possibility.

Caroline Bingley is funny because she undermines herself. Sometimes she does so immediately, such as the following statement:

“Elizabeth Bennet,” said Miss Bingley, when the door was closed on her, “is one of those young ladies who seek to recommend themselves to the other sex by undervaluing their own; and with many men, I dare say, it succeeds. But, in my opinion, it is a paltry device, a very mean art.”

One has to ask if she is listening to herself.

When Darcy praises Elizabeth Bennet’s eyes, Caroline mockingly talks of Darcy’s marriage to Elizabeth with an emphasis on his dealings with her family. But Darcy controlled his attraction to Elizabeth very well until he saw her at Rosings, away from her family. In Darcy’s proposal, he talked about his struggle. He almost certainly thought that he could enjoy Elizabeth as a wife and only have infrequent contact with her family. Caroline’s talk of the marriage probably helped Darcy’s struggle, since it pinpointed the problem.

Caroline also pushes Darcy to say how attractive Elizabeth is, probably for the first time. Regardless of how many times he thought that, saying it in public probably helped solidify his feelings for Elizabeth.

Caroline’s attempt to attract Darcy in a positive way, by flattery and attention, has to be considered less than well-planned. He must be very used to both. Praising his writing? Asking him to include statements to his sister, when it would be permissible for her to write Georgiana directly? Telling him they are both above the company they keep, when he must consider himself well above her? Reading the second volume of a book when he is reading the first volume?

On the last, how about reading the first volume when he is not reading it, and talking to him about it? Wouldn’t that be more likely to attract his interest?

Summer Hanford and I wrote a short story called “Caroline and the Footman” which explores the possibility that Caroline Bingley’s actions are not caused by stupidity and not motivated to attract Darcy. We aim to shatter the Caroline Bingley villain motif, and turn what you thought you knew about her on its head. This story will come out in January, 2015.