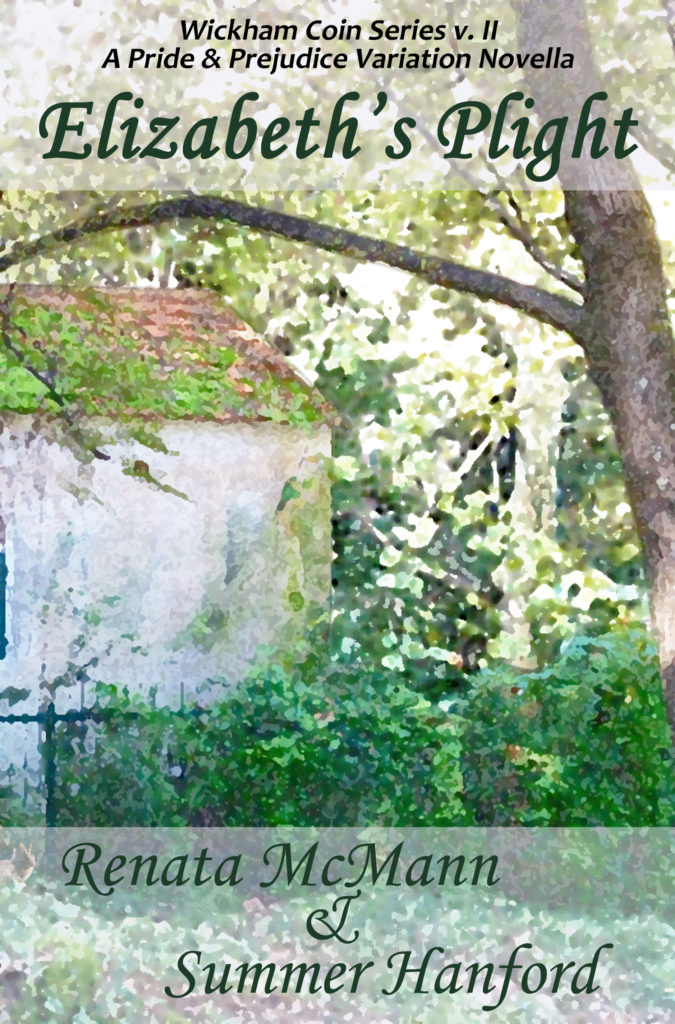 In this Pride and Prejudice variation, Elizabeth rescues Georgiana from ruin, but who will rescue Elizabeth? This is the second of the two novella Wickham Coin Series.

These two novellas have different interpretations of Wickham, although he is not the main character in either. Both bring Darcy and Georgiana to Hertfordshire, both show another way Elizabeth and Darcy find each other, and both involve Wickham. In Georgiana’s Folly, an attempt was made to make Wickham as good a man as possible and still be consistent with Pride and Prejudice. In Elizabeth’s Plight, Wickham is definitely a villain. Together, the two novella’s, Georgiana’s Folly and Elizabeth’s Plight, make up the Wickham Coin Series and will be released jointly in paperback form in December of 2014, following the kindle release of both novellas.

The Wickham Coin Series is the collaborative effort of two authors, Renata McMann and Summer Hanford. Both are writers, and both bring different skills to the collaboration. Summer is more inclined to write action scenes, as evidenced in her fantasy novels. As a nod to that inclination, this story has more action scenes than previous collaborations.

Elizabeth’s Plight is a novella of about 30,000 words.