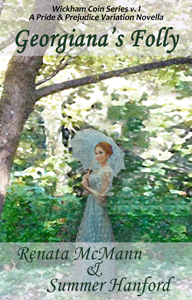 Georgiana Darcy is an important character in Pride and Prejudice, although she doesn’t have a single line of dialogue. As a writer of Pride and Prejudice variations, I have tried to speculate on what she was like. As is usually the case, I started with what Jane Austen tells us about her.

Wickham persuaded Georgiana to elope with him, which supports his contention he devoted hours to her amusement. His statement of her being proud we can dismiss along with his other lies about the Darcys. Miss Bingley describes her in glowing terms, but that can likewise be dismissed, since she was trying to ingratiate herself with Mr. Darcy. Mrs. Reynold’s description of her working on her accomplishments is probably true, since it is consistent with other sources.

When the reader actually meets her, she is shown to be very shy rather than proud. Jane Austen wrote a paragraph about Georgiana after Elizabeth marries Darcy, but it gives us relatively little information about her character, except that she was unsure of herself.

Georgiana could simply be shy, but she could be shy and rebellious. Her initial willingness to elope with Wickham says that she didn’t always follow the rules. She knew she was doing something wrong and her brother would disapprove. Presumably, her governess, Mrs. Younge, encouraged her on that, but she was no more willing to stand up for what she knew was right than she was willing to stand up to Miss Bingley criticizing Elizabeth, which was one of the few of Georgiana’s actions Jane Austen described.

In Georgiana’s Folly, Summer Hanford and I tried to show Georgiana as a rebellious teenager. Her relationship with her brother isn’t as perfect as it is sometimes portrayed. 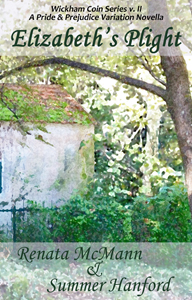